Lon Chaney, Jr., born Creighton Tull Chaney, was an American character actor whose filmography includes nearly 200 acting credits in a career spanning seven decades.  He is best-known for being the son of silent film star Lon Chaney and his many roles in monster movies.  He is the only actor to have portrayed all of the classic movie monsters: the title role in "The Wolf Man" (1941), Frankenstein's monster in "The Ghost of Frankenstein" (1942), a mummy in "The Mummy's Tomb" (1942) and a vampire in "Son of Dracula" (1943).  Chaney was memorialized for his most iconic role, the Wolf Man, in a 1997 edition of US postage stamps.   Chaney appeared in a small number of television shows in the 1950s, including a recurring role as Chingachgook in "Hawkeye and the Last of the Mohicans" (1957).  He made one appearance in THE RIFLEMAN, portraying Charlie Gordo in "Gunfire" (episode 126).

Preston Price made one appearance in THE RIFLEMAN, portraying the stagecoach driver in "Gun Fire" (episode 126). 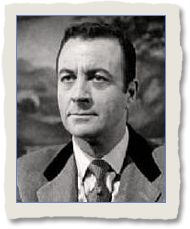 Grant Richards was an American actor whose career spanned the 1930's through the early 1960's.  He had numerous television credits and was a voice-over regular on the popular 1930's radio series "Gangbusters," which featured weekly episodes based on actual crime incidents.  Each program ended with various descriptions of wanted criminals, many of whom were later arrested due to avid listener participation.   Richards appeared in three episodes of THE RIFLEMAN, portraying Reed Barns in "The Apprentice Sheriff" (episode 11), Dave Chester in "Gunfire" (episode 126), and John Keeler in "Tinhorn" (episode 134). 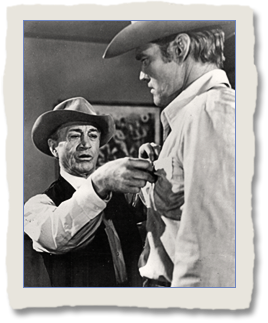 Charlie Gordo, a notorious killer, is being held in the North Fork jail.  When word gets around that Gordo's gang is on its way to free him, the whole town becomes frightened and leave Lucas, Marshal Torrance and Nils, the Blacksmith, to stand up to the gang alone.