William Fawcett, born William Fawcett Thomas, was a prolific American film and television actor.  He appeared in more than 50 movies and 200 television shows in a career spanning more than 35 years.  Prior to becoming an actor, Fawcett was ordained as a minister, and he obtained a Ph.D. in Elizabethan drama from the University of Nebraska, Lincoln, then went on to become the Professor of Theatre at Michigan State University.  In the mid-1940s he embarked on an acting career full-time.  He guest-starred in many popular TV shows, including guest-starring roles in the classic family comedy of the 1950s, "Leave It to Beaver" (1957–1963), starring Jerry Mathers, the crime dramas "Dragnet" (1951–1959), starring Jack Webb, "77 Sunset Strip" (1958–1964), starring Efrem Zimbalist, Jr., "Perry Mason" (1957–1966) and "Ironside" (1967–1975), both starring Raymond Burr, the mystery action series "Peter Gunn" (1958–1961), starring Craig Stevens, Rod Serling's iconic anthology series, "The Twilight Zone" (1959–1964), and the adventure series "The Fugitive" (1963–1967), starring David Janssen.  Most of Fawcett's film appearances were uncredited bit parts.

William "Billy" Hughes, born William Eugene Hughes, was an American actor who worked primarily in television.  Both his father Bill, Sr. and his uncle Whitey were stuntmen.  He appeared in 25 movies and television shows during a two-decade career, which began when he was barely ten playing an uncredited role in the Mickey Rooney crime comedy "The Nice Little Bank That Should Be Robbed" (1958).  He played the leading role as a runaway in the western "Ole Rex" (1961) and portrayed the oldest sibling Joe in a family of orphans in the Debbie Reynolds comedy "My Six Loves (1963).  Toward the end of his career, he had an uncredited stunt role in the Sam Peckinpah film "The Wild Bunch" (1969), and in his final film role, he appeared in the obscure western drama "Smoke in the Wind" (1975).

As a young teenager, Hughes made three appearances in THE RIFLEMAN, portraying Aaron in "Day of Reckoning" (episode 71), Jeffrey Waller in "The Long Gun from Tuscon" (episode 121) and Gridley Maule in "The Sidewinder" (episode 158).  Reportedly, the part he played in "The Sidewinder" was one of his favorite roles.  He guest-starred in several other westerns, sometimes making multiple appearances, including "Gunsmoke" (1955–1975), starring James Arness; "Laramie" (1959–1963), starring John Smith and Robert Fuller; and "Wagon Train" (1957–1965), starring John McIntyre and Ward Bond. 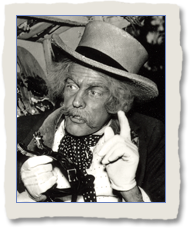 Kevin McCarthy was an American stage, film and television actor whose prolific career spanned more than six decades.  Brother of renowned author, Mary McCarthy, he made his Broadway debut in 1938 in "Abe Lincoln in Illinois" and appeared in 18 theatrical productions throughout his career, notably, portraying Harry S. Truman in "Give 'Em Hell Harry," which toured the United States for two decades.  McCarthy appeared in over 200 film and television roles.  His portrayal of Biff in the 1951 film adaptation of "Death of a Salesman" garnered him an Academy Award nomination for Best Supporting Actor and won him a Golden Globe Award for New Star of the Year, Actor.  His best-known role was Dr. Miles Bennell in the 1956 science fiction horror classic "Invasion of the Body Snatchers."  The iconic film was selected for the National Film Registry in 1994 and in 2008 was named one of the Top 10 science fiction films of all time by the American Film Institute.  In later years, he embraced the cult camp status of the picture and his role in it, even making a cameo appearance in the 1976 remake of the "Body Snatchers."

McCarthy made two appearances in THE RIFLEMAN, portraying Mark Twain in "The Shattered Idol" (episode 120) and Winslow Quince in "Suspicion" (episode 157).  He continued to work until the year before his death at age 96—his last screen appearances were in two 2009 releases, the 18th century period film, "Wesley," and the short comedy film "I Do." 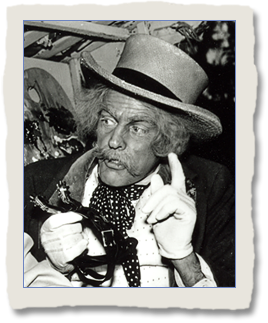 Lucas and Mark find Winslow Quince stranded in the desert with a broken wheel on his wagon and help him to get to North Fork.  On the trip, it develops that Quince is a sign painter by trade, and an amusing old eccentric who tells tall tales.  After arriving in town, Quince attracts attention by lavishly dispensing gifts from his wagon stock and by paying for purchases with new gold coins.  Back in town, Lucas learns of a series of cold-blooded murders and robberies, and the descriptions of the loot match some of the fancy gifts Quince has been giving away.  The townsfolk are incensed and ready to lynch Quince on this circumstantial evidence, but Lucas demands further proof and eventually saves the innocent Quince.