Henry Amargo, born Enrique Amargo, was an American television and film actor.  He appeared in 11 movies and television shows during a one-decade career as an actor.  Several of his roles were uncredited.  He made one appearance in THE RIFLEMAN, portraying Juan in "Baranca" (episode 82).  In addition to THE RIFLEMAN, Amargo also guest-starred in "Wagon Train" (1957–1965).

Joe E. Benson as one of Baranca's Angels

Linda Dangcil was an American stage, film and television actress, as well as a dancer.  She appeared in nearly 40 movies and television shows during her 50-year career.  When she was a teenager, she broke into show business on Broadway, performing in "Peter Pan" (1954) opposite Mary Martin and was later tapped by Jerome Robbins to be one of the principal dancers in the film adaptation of "West Side Story" (1961).  Dangcil also performed in several roles in the First National Tour of "A Chorus Line" at the Shubert Theater in Los Angeles.  Her best-remembered role was probably Sister Ana in the Sally Fields comedy "The Flying Nun" (1967–1970).  Dangcil made one guest appearance in THE RIFLEMAN, portraying Mrs. Sanchez in "Baranca" (episode 82).  She also guest-starred in a few other westerns, including "Maverick" (1957–1992), starring James Garner, and "Tales of Wells Fargo" (1957–1962). 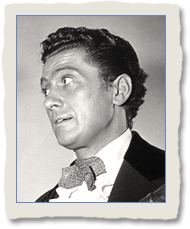 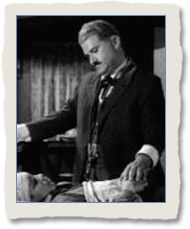 Larry Perron was an American actor who worked primarily in television.  He appeared in nearly 20 movies and television shows in a career of just under 10 years.  He guest-starred in a few popular shows of the 1950s and 60s, including the action series "Highway Patrol" (1955–1959), the crime drama "M Squad" (1957–1960), and the suspenseful anthology series "Alfred Hitchcock Presents" (1955–1962).  He also had an uncredited role in the romantic adventure film "Timbuktu" (1959), starring Victor Mature and Yvonne De Carlo. 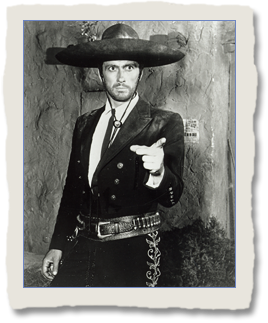 Baranca, a Mexican bandit, and his gang ride into North Fork looking for Hadely, who has murdered a Mexican farmer and burned his home.  Baranca finds Hadley and is ready to execute him on the spot, but Lucas intervenes. Lucas has to endure an exhausting fist-fight before he finally convinces Baranca that law and order will prevail in North Fork, whether or not Baranca agrees.