Chairman Emeritus of Levy-Gardner-Productions Arthur Gardner passed away Friday afternoon, December 19, 2014, in Beverly Hills.  At 104 years of age, he was the oldest and last surviving co-founder of the longest lived production company in the history of the Hollywood entertainment industry.  Partners Jules V. Levy and Arnold Laven passed away in 2003 and 2009, respectively.  While serving together in World War II in the U.S. Air Force First Motion Picture Unit, which was assembled by studio chief Jack L. Warner, the trio developed what would become a lifelong friendship, and they resolved to form a production company after the war.  Their three decades of active professional collaboration produced more than 20 motion pictures and television series, including the western classics "The Rifleman" (1958–1963) and "The Big Valley" (1965–1969).  Their films included "Geronimo" (1962), with Chuck Connors in the title role, the Elvis Presley musical "Clambake" (1967), "The Hunting Party" (1971), starring Oliver Reed, Gene Hackman and Candice Bergen, and "Kansas City Bomber" (1972), starring Raquel Welch in a serious dramatic turn opposite Kevin McCarthy.

In 2008, at age 97, Arthur published his autobiography, The Badger Kid.  Hailing from Wisconsin, the Badger State, Arthur acquired the nickname "The Badger Kid" from co-star Louis Wolheim on the set of "All Quiet on the Western Front."

The 2013 reprinted edition of The Badger Kid is available from North Fork General Merchandise on this website.

A genial mid-westerner, Gardner was a natural conciliator with a mellifluous, warm personality, which proved to be an asset on the set and working with talent.  To friends, family and colleagues, he was the living embodiment of the virtuous aspirations espoused in "The Rifleman" series, his company's most successful and enduring franchise.  As a Hollywood producer, he lacked the role's more negative stereotypical qualities – he was refreshingly self-effacing by nature, generous of spirit, loyal and genuinely kind.  He loved the entertainment business and never lost his curiosity or sense of wonder.

Long retired by the advent of the Digital Age, when Gardner was 97 he penned his autobiography and self-published it.  He marked his 100th birthday by throwing out the first pitch at Dodger Stadium.  Until he was 100 years old, he was still walking from his home several blocks away to the office three days a week.  By 2012, Gardner was the oldest voting member of the Academy of Motion Picture Arts and Sciences.  At the time of his passing, he was the oldest and perhaps last living cast member of the iconic World War I drama "All Quiet on the Western Front" (1930).  Among his many friends and colleagues who will miss him is his assistant Meri Hillier, who has been with Levy-Gardner-Laven since the company's early years.  His wife of 60 years, Marcia Grant Gardner, passed away in 2002.  Arthur is survived by his two sons Douglas and Steven, daughter-in-law Andrea, and grandchildren Chloe and Matthew.  Private services were held on Monday in Los Angeles.

Arthur Gardner was born in Marinette, Wisconsin June 7, 1910.  His birth name was Arthur Goldberg.  Appearing in his senior class play inspired him to become an actor, and the day after he graduated from high school, he was on the road to Hollywood.  It took a year and a half of working as a printer's helper in Milwaukee and as a tie salesman in Chicago, for him to save enough money to buy a bus ticket to California.  Arthur arrived in Hollywood on January 15, 1929.  As an avid reader of movie fan magazines, he knew that Carl Laemmle, Sr., the President of Universal Studios, was from Oshkosh, Wisconsin, so he wrote him a letter.  Laemmle's secretary liked the audacity of the letter, and called Arthur into the studio for a meeting.  He was at the studio gate at 6am the following morning.  Laemmle's secretary told him he was the first person Mr. Laemmle had ever interviewed from thousands of letters he received weekly.  The tiny executive seated behind his big desk was very warm and encouraging and put Arthur to work immediately as an extra on "The Collegians," a two-reel silent comedy series.  It was in "The Collegians" series, which started in the early 1920s, where Clark Gable and Loretta Young got their first jobs as extras.

After about six months as an extra in early sound films including "Broadway," "The King of Jazz," "Buck Jones" westerns, and other Universal Pictures, Arthur was cast as one of the German students in "All Quiet On The Western Front."  He went on to appear in a succession of films at Paramount, MGM and RKO.  He also performed in many theater groups.  It was at this time that Arthur's agent told him to change his last name to a more anglicized one, so one day walking past Gardner Junction in Hollywood, he chose "Gardner." 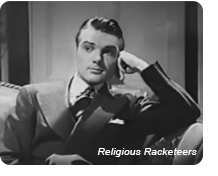 Arthur played the juvenile lead in one of the first anti-Nazi plays, "Blood On The Moon," at the Mayan Theatre and he joined the Federal Theatre Project when it was formed.  He was the leading man in many plays at the old Mason Opera House at 3rd and Broadway, where he was seen in "Madam X" by Warner Brothers' casting director Irving Kumin, who cast him in Warner's "Water Front" and "Heart Of The North."  He also starred in the independent films "Mystic Circle Murder," "Religious Racketeers" and the cult anti-marijuana movie "Assassin of Youth."

In between acting assignments, Arthur was an avid bridge player and in 1940, a fellow bridge player named Frank King, one of the early King Brothers, offered him a choice on their first film together "Paper Bullets" — Arthur could play either the juvenile lead or be the second assistant director.  Always more interested in what was happening behind the camera, Arthur chose the latter.  He recommended his friend and fellow struggling actor Alan Ladd to play the lead role.

Gardner stayed with the King Brothers as an assistant director until he went into the Army Air Force in 1943.  It was there that he was assigned to the famous First Motion Picture Unit at the Hal Roach Studios and he spent the next two years making training films alongside fellow soldiers, including Clark Gable, William Holden, Ronald Reagan and his old friend Alan Ladd.  His tour of duty at the Hal Roach Studios (First Motion Pictures Unit, Culver City) was also where he met his future long-time partners Jules V. Levy and Arnold Laven, who together would later form Levy-Gardner-Laven Productions.  LGL Productions went on to produce over 20 feature films and hit television shows, including "The Rifleman" (1958–1963) and "The Big Valley" (1965–1969).