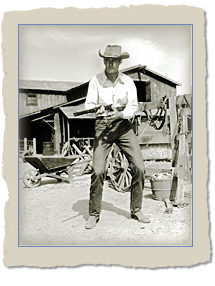 THE CLASSIC WESTERN
THE RIFLEMAN is an adventure series set in the town of North Fork in the New Mexico Territory of the 1880s, where Lucas McCain, a widowed Rancher, raises his young son Mark alone. Together, they forge a life homesteading a ranch on the outskirts of town. A Civil War veteran and expert marksman, Lucas is frequently enlisted to help the town Marshal Micah Torrance preserve law and order, as a weekly parade of bandits, scoundrels, ne'er-do-wells, sad saps and the occasional victim of misfortune rides into North Fork or appears at the McCain ranch bringing trouble or looking for help or a second chance. Armed with a customized Winchester rifle, Lucas upholds law and order on the edge of the wild frontier, dispensing justice with wisdom and compassion. 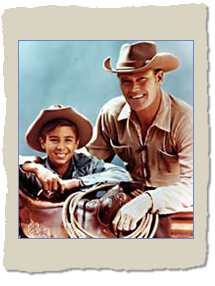 FATHER & SON
The principal characters of THE RIFLEMAN are father and son, Lucas and Mark McCain. A veteran of the Civil War, by 1881, Lucas finds himself a widower raising his young son alone. Facing the challenges of being an only parent, Lucas strives to be a good role model for his son, while compensating for the absence of a mother. He balances firmness with tenderness and discipline with compassion and humor. Under the warm guidance of his father, Mark learns the meaning of bravery, courage and the importance of tolerance and understanding. Mark also learns from his father the physical skills necessary for a youngster to survive in the wild but beautiful western frontier; however, as the boy learns from his father, so too the father learns from his son. 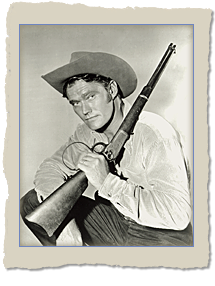 THE RIFLE
Lucas McCain's custom Winchester rifle is the series' signature and symbol of its law and order theme. It is a hallmark of McCain's rugged individualism. Self-possessed, he has a serious attitude toward personal responsibility and justice in the wild frontier of the American West. In each episode, Lucas demonstrates his deadly proficiency with his rifle, using it to defend his family and the townsfolk of North Fork. Lucas teaches Mark that the rifle is to be used only as a last resort. Guided by a strict code of ethics, McCain prefers reasoned dialogue and compassion to gunplay, but when action is the only recourse, he handles the rifle with restraint and a cool head. The Rifleman's actions are informed by a sense of fair play and deliberate, measured judgment. 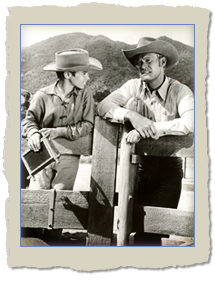 PARABLES/LESSONS
The enduring appeal of THE RIFLEMAN series lays in its clearly drawn characters and storylines that have a moral lesson to teach. Mark McCain learns by example from his father the wisdom of justice and the Golden Rule, and he learns the importance of strong values and personal integrity. Lucas teaches Mark to recognize the true character and motives belying the outward behavior of visitors to North Fork and its townsfolk. The choices they make and the events their actions set in motion stoke the dramatic tension, especially when the visitors who drift into town or the McCain ranch are unsavory characters. Sometimes resolution is found through reconciliation, sometimes through harsh justice, but there is always a moral to the story.