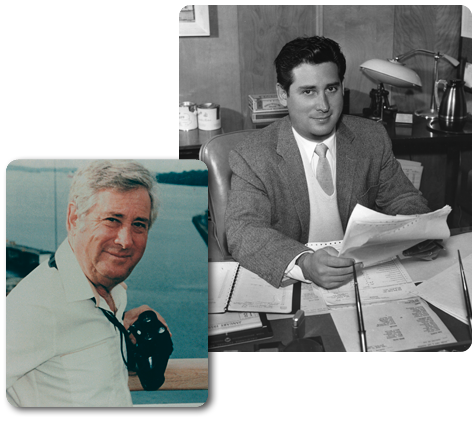 Jules V. Levy was born February 12, 1923 in Los Angeles.  He was raised in Beverly Hills and worked in the entertainment industry for 37 years, beginning in 1941 at Warner Bros. Studio.  He started in the mail room, then worked in the property department, where he met Arnold Laven.  He also worked as a script supervisor.

Levy and Laven enlisted in the First Motion Picture Unit in Culver City, California, to make training films for the United States Army Air Force (USAAF).  The unit was formed by Jack L. Warner, President of the studio, and it was there they met Arthur Gardner.  While serving together in the Unit under Ronald Reagan, they planned to form their own production company after the war, which they accomplished in 1951, with the film noir thriller "Without Warning," which was released in 1952.

During his long career, Levy produced more than 30 films and several hit television series, many under the auspices of Levy-Gardner-Laven Productions.  His production credits include "Geronimo" (1962), which starred Chuck Connors, the Elvis Presley musical "Clambake" (1967), and "Kansas City Bomber" (1972), starring Raquel Welch.