Paul Fix was an American film and television actor who was highly recognizable for his work in a variety of genres, but especially westerns and his best known role playing Marshal Micah Torrance in THE RIFLEMAN.  Fix appeared in more than 100 movies and dozens of television shows during a 56-year career beginning in 1925.   He appeared in numerous silent pictures but garnered his first credited screen role for an appearance in "The First Kiss" (1928), starring Fay Wray and Gary Cooper.

A veteran of World War I, Fix became a busy character actor who got his start in local productions around his New York home, then in California, appearing in Pauline Frederick's traveling theater company.  During this period he became friends with Clark Gable, with whom he appeared in 20 plays.  By the 1920s, after moving to Hollywood, Fix began performing in the first of almost 350 films and television shows.  In the 1930's, he became friends with John Wayne, coaching him acting, and eventually appearing as a featured player in about 27 of his films. 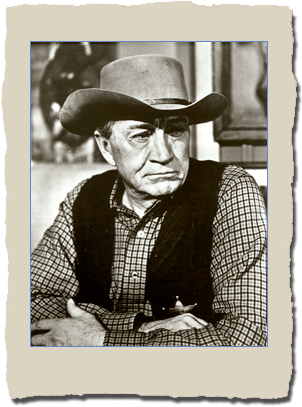 In addition to his numerous acting credits, Fix was also a screenwriter, with writing credits for three films: the John Wayne film "Tall in the Saddle" (1944), "Ring of Fear" (1954) and "The Notorious Mr. Monks" (1958).  In 1979, Fix made his last film appearance co-starring with Brooke Shields in the title role in "Wanda Nevada."  His last acting role was in 1981 on the television series "Quincy M.E." starring Jack Klugman.  He passed away in Los Angeles, California in 1983.