THE RIFLEMAN was produced during the Golden Age of Television, debuting on the CBS anthology series "Dick Powell's Zane Grey Theater" on March 7, 1958. In an era when westerns proliferated on the small screen, the show's producers sought to differentiate it from a crowded genre in which a six-gun was the signature firearm. The show's title was the conception of Jules Levy. Although Sam Peckinpah wrote the original screenplay for "The Sharpshooter" pilot and is generally credited with developing the show's premise and overall tone, the core themes which anchored each and every episode were conceived by producer and director Arnold Laven. The custom Winchester rifle was his conception, as was building the show around a close father-son relationship, which was a striking departure from the grittier grown-up fare in other westerns of the 1950s. Rather than emphasizing gratuitous violence and rites of passage that left the young Mark McCain estranged, disaffected and disillusioned—themes Peckinpah wanted to explore—many of the storylines were crafted as parables with an object lesson or moral teaching to impart.

Aspiring to convey a positive message, Laven wanted to focus on the life lessons and growing pains of a young boy, and in a first for primetime television, the struggles of a single parent who strives to be a good role model for his son and an upstanding citizen in his community. If the show's core themes was a premise that resonated with viewers, the casting and the chemistry between the actors was serendipity. The affection between Chuck Connors (Lucas McCain) and Johnny Crawford (Mark McCain) portraying father and son was genuine—they remained lifelong friends. Co-stars Paul Fix as Marshal Micah Torrance and Joan Taylor as General Store owner Miss Milly, along with a troupe of capable regular co-stars, anchored the stories in the plight of characters viewers cared about.

More than 500 actors guest-starred in THE RIFLEMAN, portrayed more than 980 characters in 168 episodes that aired over five seasons. Many were veterans of stage and film, many were legendary character actors, including Edgar Buchanan, John Carradine, Lon Chaney, Jr., Dabbs Greer, Agnes Moorehead and Fay Roope, among scores of others. Many up-and-comers who guest-starred on the show who would go on to have illustrious careers in the entertainment industry, including James Coburn, Robert Culp, John Dehner, Jack Elam, Dennis Hopper, Michael Landon, Kevin McCarthy, Vic Morrow, Warren Oates, Lee Van Cleef, and Robert Vaughn. Many of these actors would later become familiar faces in Sam Peckinpah's films.

In addition to the show's founding core themes and vision, other creative factors differentiated it from other westerns of the period, beginning with the musical signature in the opening credits. Composer Herschel Burke Gilbert wrote one of the most recognizable musical scores and theme music in television history, accentuating a sprightly western melody with dramatic foreboding of the show's violent tension. 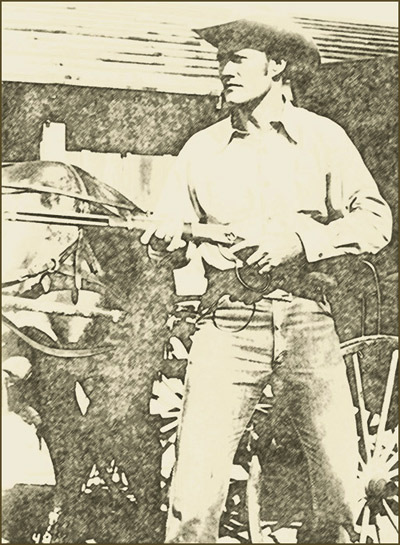 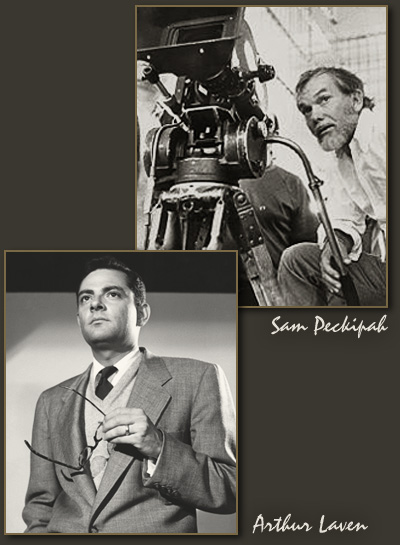 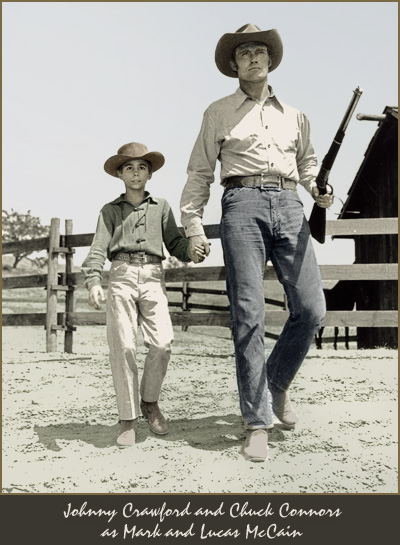 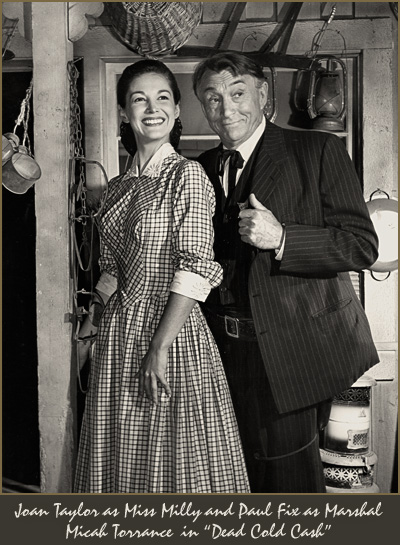 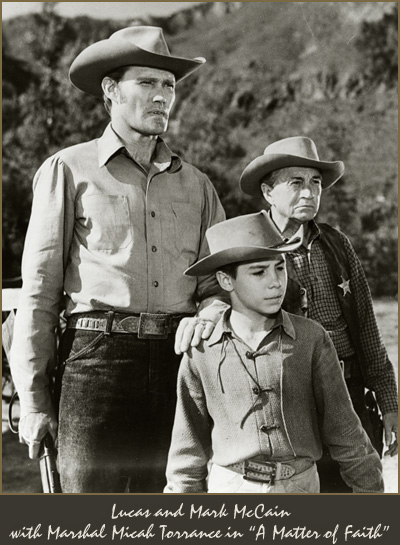 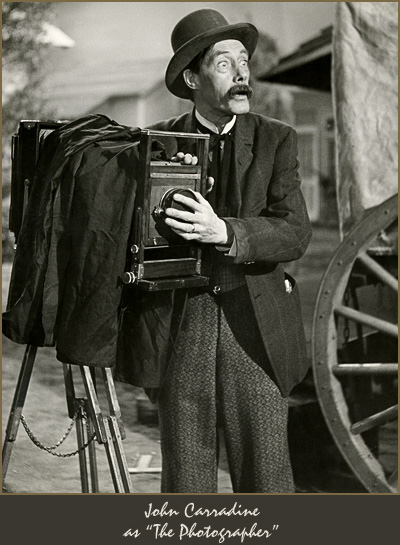 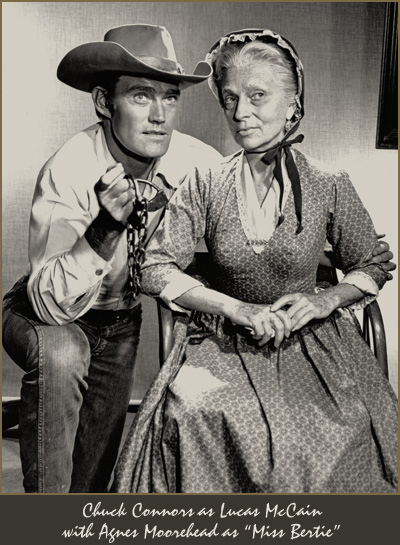 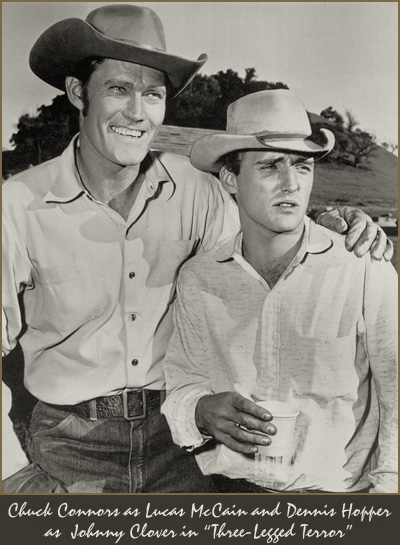 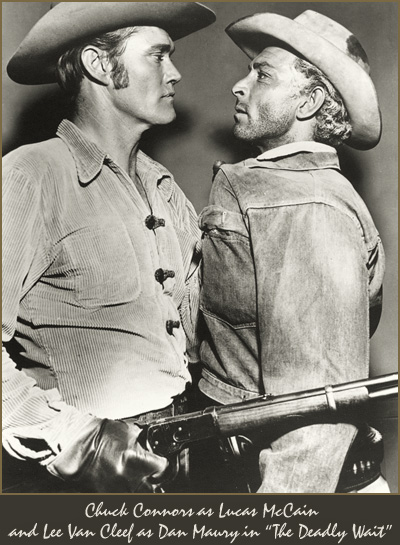 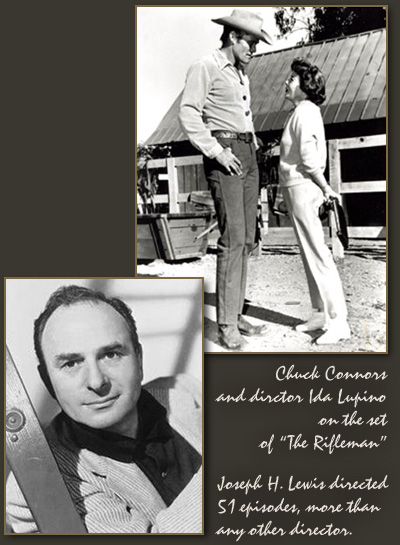 Directors Arnold Laven and Ted Post set the THE RIFLEMAN's cinematic and authorial tone; however, noir film auteur Joseph H. Lewis ("Gun Crazy," 1950), who directed 51 episodes, made an indelible imprint by suffusing it in a brooding atmosphere with his dramatic lighting. As a venture of Four Star Productions, which was founded by a group of Hollywood elites, some of its company members, including Ida Lupino, Richard Donner and Arthur Hiller, directed some of the more memorable episodes. Screenwriter-directors Lawrence Dobkin, who also guest-starred in several episodes, and James Clavell, who later became famous for his historical "Shogun" novels and mini-series, also directed episodes of THE RIFLEMAN. More on The Rifleman back story »