Virginia Aldridge appeared as the Waitress in THE RIFLEMAN pilot episode, "The Sharpshooter."   She also appeared in several other western series and films of the 1950s and 60s. 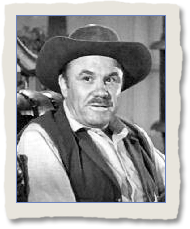 R. G. Armstrong was an American playwright and film and television actor.  Trained at the Actors Studio in New York, his filmography lists more than 180 credits spanning 50 years.  Armstrong made his first film appearance in "Garden of Eden" (1954).  While working on the television show "The Westerner," he met writer/director Sam Peckinpah, who cast him in several of his films, including "Ride the High Country" (1962), "Major Dundee" (1965), "The Ballad of Cable Hogue" (1970) and "Pat Garrett and Billy the Kid" (1973).  Armstrong was also cast in three Warren Beatty films, including "Heaven Can Wait" (1978), "Reds" (1981) and "Dick Tracy" (1990), in which he played the villain Pruneface.  Other film credits include the role of Cap'n Dan in "The Great White Hope" (1970) and General Phillips "Predator" (1987).

Charles Arnt appeared in THE RIFLEMAN pilot episode, "The Sharpshooter," as Wes Tippert, uncle of the young sharpshooter played by Dennis Hopper.  Arnt was a veteran character actor whose career spanned 30 years. 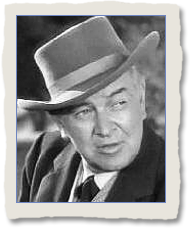 Leif Erickson was an American film and television actor.  Born as William Wycliffe Anderson, he appeared in numerous films and television series.   Erickson appeared in THE RIFLEMAN pilot episode, "The Sharpshooter," as Big Jim Lewis.  He later went on to star in his own TV Western, playing patriach Big John Cannon in "High Chaparral."  He and Chuck Connors also appeared together in "Branded."  Previously, the two actors co-starred with John Wayne in "Trouble Along the Way."   His film credits include "College Holiday," "Conquest," "Ride a Crooked Mile," "Sorry Wrong Number," "The Snake Pit," "Fourteen Hours," "Invaders from Mars," "On the Waterfront," "Twilight for the Gods," "A Gathering of Eagles," "Roustabout," and "The Carpetbaggers."  Perhaps his most notable role was playing Deborah Kerr's macho husband in the stage and film versions of "Tea and Sympathy." 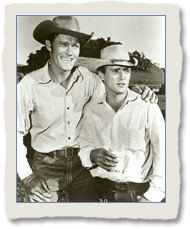 Dennis Lee Hopper was an American actor, filmmaker, and artist.  Hopper became interested in acting and eventually became a student of the Actors Studio.  He made his first appearance as an actor in 1955, appearing in two films co-starring James Dean, "Rebel Without a Cause," and "Giant."  Over the next ten years, Hopper appeared frequently on television in guest roles, and by the end of the 1960's had played supporting roles in several films.  He directed and starred in "Easy Rider," winning an award at the Cannes Film Festival.  He also was nominated for an Academy Award for Best Original Screenplay as co-writer of the film's script.  Hopper appeared in THE RIFLEMAN pilot episode, "The Sharpshooter," in the title role.  He also appeared in "Three-Legged Terror" (episode 30) as Johnny Clover.  By mid-career, he was unable to build on his early success for several years, until a feature role in "Apocalypse Now" brought him back to public attention.  He subsequently appeared in "Rumble Fish" and "The Osterman Weekend."   Hopper received critical recognition for his work in "Blue Velvet" and "Hoosiers," the latter film garnering him an Academy Award nomination for Best Supporting Actor.  He directed "Colors," portrayed King Koopa in the film version of "Super Mario Brothers," and he played the villain in "Speed."  Hopper's latest work included a leading role in the television series "Crash."  Hopper was a prolific photographer, painter, and sculptor whose works have been exhibited world wide. 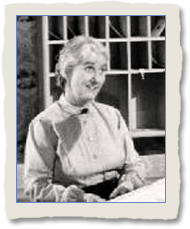 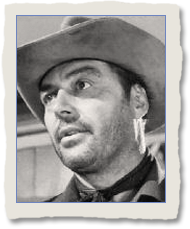 Mickey Simpson appeared in THE RIFLEMAN pilot episode, "The Sharpshooter," as Carl Lamprey.  He also appeared in "The Indian" (episode 21) as Tub.  Over his long career in film and television, he appeared in many westerns, frequently cast as the villain.

Lucas and Mark arrive in the North Fork area looking for a ranch to purchase.  They find a place to their liking, and Lucas enters the town’s annual Turkey Shoot for a payment on the ranch. Lewis, the town villain who runs things pretty much to suit himself, threatens to harm Mark because he bet a great deal of money on another man in the Turkey Shoot.  To protect Mark, Lucas deliberately loses the match, but Lewis provokes a subsequent gunfight and is killed, and the town welcomes Lucas and Mark as new settlers.