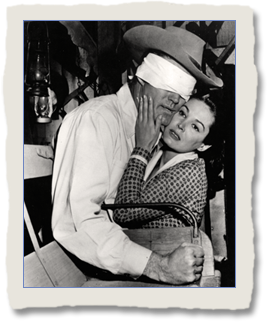 Lucas is accidentally blinded while working on his ranch.  The blindness is temporary but total.  When a tough criminal gunman tries to force him into a fight, Lucas has to defend himself against an enemy he cannot see.