Kathy Garver is an American film, television and voice actress who has appeared in more than 60 movies and television shows and has narrated or produced numerous audio books and stories in a career spanning nearly six decades.  By the time she graduated from UCLA in 1970, she had been a child actress and had already landed her best-remembered role in one of the most popular family sitcoms of the late 60s/early 70s, playing the teenaged "Cissy" Patterson-Davis in "Family Affair" (1966–1971), starring Brian Keith as Uncle Bill, Sebastian Cabot as Mr. French, and her two on-screen siblings, Johnnie Whitaker as brother Jody and Anissa Jones as sister Buffy.  Among her other television appearances was a recurring role as Tracey Richards in the medical drama "Dr. Kildare" (1961–1966), starring Richard Chamberlain, and a guest-starring role in the popular comedy "The Patty Duke Show" (1963–1966).  Garver made one appearance in THE RIFLEMAN, portraying the waitress in "The Queue" (episode 110).  She also guest-starred in the western series "Branded" (1965–1966), which gave her a second opportunity to work with THE RIFLEMAN's Chuck Connors.  As a voice actress, Garver's assignments included narrating children's programs and animated characters.  She also produced, narrated, wrote lyrics and composed music for eight audio recordings of Beatrix Potter tales and eight audio tapes based on Mother Goose nursery rhymes (1988–1990).  Garver won two Audie Awards for her narration, one for "The World's Shortest Stories" and the other for her direction of Amy Tan's reading of her book "The Opposite of Fate" (2004).  Together with Geoffrey Mark, Garver has come full circle, co-authoring "The Family Affair Cookbook," which was published in 2009.

Dick Kay Hong appeared in nine movies and television shows during a 20-year career.  He began his brief career as a child actor playing a minor part in the musical "The King and I" (1956), starring Yul Brynner, Deborah Kerr and Rita Moreno.  He guest-starred in a few popular television shows of the 1950s through the 70s, including the family drama "Lassie" (1954–1974), the anthology series "The Barbara Stanwyck Show" (1960–1961) and the comedy "Green Acres" (1965–1971).  He made one appearance in THE RIFLEMAN, portraying Wang Lee in "The Queue" (episode 110), son of Chinese immigrant Wing Chi, who was played by Victor Sen Yung, better-known for playing the cook Hop Sing on the long-running western "Bonanza" (1959–1973).  Hong's last film role was in the 1973 television family drama "A Brand New Life," starring Martin Balsam and Cloris Leachman.

Paul Wexler was an American character actor of film and television who appeared in 60 movies and television shows during his 30-year career.  Tall and physically imposing, with a deep baritone voice, he was well-suited to play sinister characters and villains.  He made his film debut in the Bowery Boys comedy "Feudin' Fools" (1952), and his most notable film roles were Deputy Sheriff Slim Adams in the film noir thriller "Suddenly" (1954), starring Frank Sinatra and Hayden Sterling, and the arch villain Captain Seas in the adventure film "Doc Savage: The Man of Bronze" (1975), starring Ron Ely.  Most of his other film roles were minor, including an uncredited role in the Cecile B. DeMille Bible epic "The Ten Commandments" (1956), starring an all-star ensemble cast led by Charlton Heston; one of the voices in the Disney animated feature "One Hundred and One Dalmatians" (1961), starring Rod Taylor, Betty Lou Gerson and J. Pat O'Malley in the leading roles; and an uncredited role in the western "The Way West" (1967), starring Kirk Douglas, Robert Mitchum and Richard Widmark.

Victor Sen Young was an American film and television character actor.  He appeared in more than 150 movies and television shows during a career spanning 40 years.  He made his film debut playing a minor part in the film adaptation of Pearl S. Buck's "The Good Earth" (1937), starring Paul Muni and Luise Rainer.  Most of his early film work consisted of portraying "number two son" in the Charlie Chan film serial of the 1930s and 40s.  Like other Chinese-American actors, Young was cast in Japanese roles during World War II such as the character Joe Totsuiko in the John Huston drama "Across the Pacific" (1942), starring Humphrey Bogart.  Young took a break from acting to serve in the U.S. Army Air Forces.

Following his service, Young returned to Hollywood.  He had a few other notable film roles, including John Wang in the drama "The Left Hand of God" (1955), starring Humphrey Bogart and Gene Tierney.  He is perhaps best-remembered for his recurring role as Hop Sing in the long-running western "Bonanza" (1959–1973).  In 1972, Young was the victim of a shooting that took place onboard a hijacked Pacific Southwest Airlines plane.  He managed to survive the shooting, but fell victim to accidental asphyxiation at his home a few years later.  Fellow Bonanza actor Pernell Roberts delivered the eulogy at his funeral.  Each year, the Chinese Alumni Association of his alma mater, University of California, Berkeley, awards a memorial scholarship in his honor. 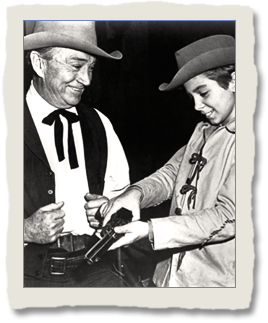 A Chinese man and his son, a youngster about Mark's age, arrive in North Fork and plan to settle.  Their plans are interrupted when a couple of drunken farmers begin to bully the man because he is Chinese.  When Lucas comes to his aid, he becomes involves in a fight.