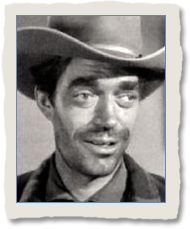 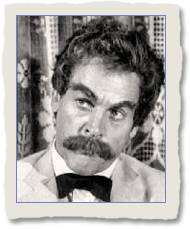 Kevin McCarthy was an American stage, film and television actor whose prolific career spanned more than six decades.  Brother of renowned author, Mary McCarthy, he made his Broadway debut in 1938 in "Abe Lincoln in Illinois" and appeared in 18 theatrical productions throughout his career, notably, portraying Harry S. Truman in "Give 'Em Hell Harry," which toured the United States for two decades.  McCarthy appeared in over 200 film and television roles.  His portrayal of Biff in the 1951 film adaptation of "Death of a Salesman" garnered him an Academy Award nomination for Best Supporting Actor and won him a Golden Globe Award for New Star of the Year, Actor.  His best-known role was Dr. Miles Bennell in the 1956 science fiction horror classic "Invasion of the Body Snatchers."  The iconic film was selected for the National Film Registry in 1994 and in 2008 was named one of the Top 10 science fiction films of all time by the American Film Institute.  In later years, he embraced the cult camp status of the picture and his role in it, even making a cameo appearance in the 1976 remake of the "Body Snatchers."

McCarthy made two appearances in THE RIFLEMAN, portraying Mark Twain in "The Shattered Idol" (episode 120) and Winslow Quince in "Suspicion" (episode 157).  He continued to work until the year before his death at age 96—his last screen appearances were in two 2009 releases, the 18th century period film, "Wesley," and the short comedy film "I Do."

Bud Osborne, born Lennie B. Osborne in 1884, was a prolific American film and television actor, as well as a stuntman, working primarily in the western genre.  He appeared in more than 600 movies and television shows during a career spanning more than 50 years.  He had a rugged, weather-beaten appearance, and so was typecast in outlaw roles.  He made his acting debut in silent films, starring in "Galloping Devil" (1921).  Among his several film roles were minor parts in the romantic comedy "Mr. Deeds Goes to Town" (1936), starring Gary Cooper and Jean Arthur; the western "Dodge City" (1939), starring Errol Flynn, Olivia de Havilland, Ann Sheridan and Bruce Cabot; the noir film "Stranger on the Third Floor" (1940), starring Peter Lorre; the western "Return of the Bad Men" (1948), starring Randolph Scott, Robert Ryan, Anne Jeffreys and George "Gabby" Hayes; and the crime drama "Please Murder Me" (1956), starring Angela Lansbury and Raymond Burr.

Mary Jo Tierney made one appearance in THE RIFLEMAN, portraying Holly in "The Shattered Idol" (episode 120). 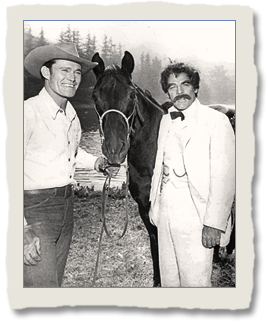 When the famous writer Mark Twain visits North Fork, Mark, who idolizes him, is dazzled at first, then bitterly hurt by Twain's brusque rudeness.  Lucas, trying to protect Mark's feelings, stumbles upon the secret of a bitter personal tragedy, which explains Twain's attitude, and eventually brings the two Marks together as friends.