Richard Evans is an American film and television actor.  He has appeared in more than 80 movies and television shows in a career spanning nearly 50 years.  He has guest-starred in various popular shows, including the nautical action-adventure series "Sea Hunt" (1958–1961), starring Lloyd Bridges, the adventure series "The Fugitive" (1963–1967), starring David Janssen, the prime-time soap opera "Peyton Place" (1964–1969), in which he had a recurring role as Paul Hanley.  Evans also appeared in the iconic crime drama "Perry Mason" (1957–1966), starring Raymond Burr, and the sci-fi classic "Star Trek" (1966–1969), starring William Shatner. 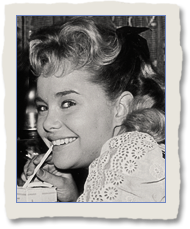 Cheryl Holdridge, born Cheryl Lynn Phelps, was an American actress who worked primarily in television.  She appeared in nearly 30 movies and television shows during a career spanning 45 years.  At the age of nine, Holdridge had a role in the New York City Ballet's version of "The Nut Cracker" in Los Angeles.  She was one of the original mouseketeers in "The Mickey Mouse Club" (1955–1996).  In 1960, she toured Australia with other former mouseketeers. 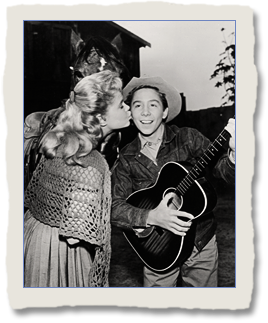