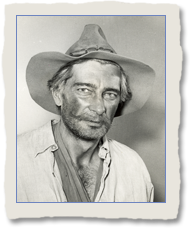 William "Billy" Hughes, born William Eugene Hughes, was an American actor who worked primarily in television.  Both his father Bill, Sr. and his uncle Whitey were stuntmen.  He appeared in 25 movies and television shows during a two-decade career, which began when he was barely ten playing an uncredited role in the Mickey Rooney crime comedy "The Nice Little Bank That Should Be Robbed" (1958).  He played the leading role as a runaway in the western "Ole Rex" (1961) and portrayed the oldest sibling Joe in a family of orphans in the Debbie Reynolds comedy "My Six Loves (1963).  Toward the end of his career, he had an uncredited stunt role in the Sam Peckinpah film "The Wild Bunch" (1969), and in his final film role, he appeared in the obscure western drama "Smoke in the Wind" (1975).

As a young teenager, Hughes made three appearances in THE RIFLEMAN, portraying Aaron in "Day of Reckoning" (episode 71), Jeffrey Waller in "The Long Gun from Tuscon" (episode 121) and Gridley Maule in "The Sidewinder" (episode 158).  Reportedly, the part he played in "The Sidewinder" was one of his favorite roles.  He guest-starred in several other westerns, sometimes making multiple appearances, including "Gunsmoke" (1955–1975), starring James Arness; "Laramie" (1959–1963), starring John Smith and Robert Fuller; and "Wagon Train" (1957–1965), starring John McIntyre and Ward Bond.

L. Q. Jones, born Justus Ellis McQueen Jr., is an American film and television actor, as well as a director.  He has appeared in more than 150 movies and television shows during a career spanning 50 years.  He adopted his stage name from the first role he played in film and was a member of film director Sam Peckinpah's stock company of actors.  He directed the sci-fi cult classic "A Boy and His Dog" (1975), starring Don Johnson and Jason Robards.  In 2003, he was honored at the Silver Spur Awards.

Warren Oates as Will Breen 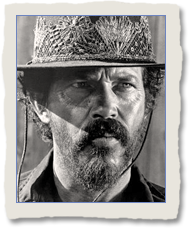 North Fork is puzzled by Lucas' resentment and harsh words against the new Minister, until he explains that the man is a former outlaw and an ex-convict.  Lucas regrets his words, however, when he learns that the man has sincerely reformed and his life is being threatened.