Robert Crawford is an American film and television actor who has appeared in two dozen movies and television shows in a little more than a decade.  He has often been credited as "Bobby" Crawford.  A fairly versatile actor, Crawford has made guest appearances in the Disney family adventure series "Zorro" (1957–1959), starring Guy Williams; the crime drama "Dragnet" (1951–1959), starring Jack Webb; and the war drama "Combat!" (1962–1967), starring Vic Morrow.  He also played a few recurring roles, including Andy Sherman in the western "Laramie" (1959–1963) and Detective Phil Burns in the crime drama "Manhunt" (1959–1961).  Crawford guest-starred in three episodes of THE RIFLEMAN, portraying a schoolboy in "Eight Hours to Die" (episode 6), Bobby in "The Gaucho" (episode 14) and Freddy Toomey in "The Second Witness" (episode 23).  He also made guest appearances in the westerns "Rawhide" (1959–1966), starring Clint Eastwood, "Cheyenne" (1955–1963) and "Gunsmoke" (1955–1975). 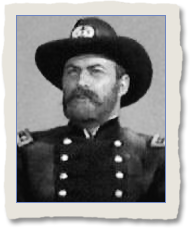 Morris Lippert was an American-born actor with a brief career in film and television.  He appeared in one movie starring Danny Kaye and in seven TV programs, including "The Donna Reed Show" (1958–1966) and a TV pilot with Sherry Lewis.  He made one guest appearance in THE RIFLEMAN, portraying Danny in "The Gaucho" (episode 14).

Lopez made many television appearances in the 1960s and 1970s.   He appeared in one episode of THE RIFLEMAN, playing Manolo Argentez in "The Gaucho" (episode 14).

Montie Montana was an American actor, stuntman, rodeo trick rider and cowboy.  He worked primarily in television; although, he had numerous uncredited roles in film.  Montana made two appearances in THE RIFLEMAN, playing a cowboy in "The Gaucho" (episode 14) and a stage driver in "Mail Order Groom" (episode 56).  In addition to THE RIFLEMAN, he also appeared in the western series "Gunsmoke" (1955–1975), again playing the part of the stagecoach driver.  In 1994, Montana was inducted into the ProRodeo Hall of Fame, Colorado Springs, Colorado.

An Argentine family moves to North Fork and settles on a ranch adjoining Lucas'.  The townspeople are unfriendly to the new settlers, making fun of their clothing and customs.  The Argentinean adult immigrant son is openly hostile in return, particularly toward a young North Fork boy who pays court to the settlers' daughter.  When the young Romeo is slain, the townsfolk jump to the conclusion that he was killed by the settlers and start to form a lynch mob.  Lucas manages to delay the mob, goes in search of the young man, and has to fight for his life against a unique weapon.