Conlan Carter, born Chester Conlan Carter, is an American television and film actor.  He has appeared in nearly 40 television shows and movies over a career spanning more than 25 years.  Raised on a farm in rural Missouri, Carter attended Southeast Missouri State University in Cape Girardeau on an athletic scholarship.  He then joined the United States Air Force and served two years, during which he developed a lifelong interest in flying.  Following his military service, Carter went to San Francisco where he studied under Mara Alexander Gilbert at the Bay City Actor's Lab.  He demonstrated great versatility as an actor, and played roles in genres ranging from crime dramas to action series to westerns.  Among the handful of recurring characters, he portrayed C.E. Carruthers in "The Law and Mr. Jones" (1960–1962) and Doc in "Combat!" (1962–1967), a role for which he received a 1964 Emmy nomination for Outstanding Performance in a Supporting Role by an Actor. 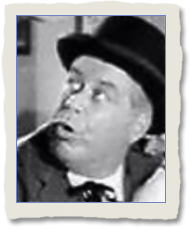 Charlie La Franchise made one appearance in THE RIFLEMAN, portraying the regular character of Eddie Halstead, former owner of Madera House, who sells his business to the new owner played by Patricia Blair in the title role as "Lou Mallory" (episode 145).  Previously, La Franchise performed in a children's television show, playing "Uncle Charlie" on Portland, Oregon station KPTV. 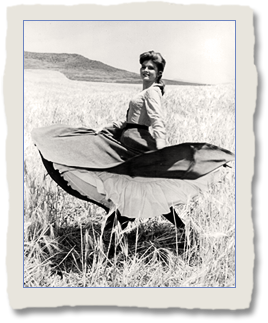 Lou Mallory, a stunning redheaded, arrives in North Fork and buys a hotel.  She and Lucas begin disliking each other, but become fast friends when he helps her out of some serious trouble.