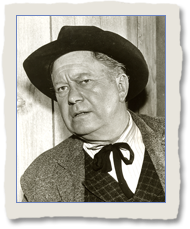 Penelope Sue Carver as the Little Girl (who died from anthrax)

Penelope Sue Carver guest-starred in one episode of THE RIFLEMAN, portraying the little girl who dies from Anthrax in "The Pet" (episode 15).

Robert J. Wilke was a prolific American film and television actor.  He appeared in nearly 300 movies and television shows during a career spanning 35 years, sometimes working as a stuntman.  A familiar face in westerns, Wilke was typecast as a heavy.  He portrayed Jim Pierce in the western "High Noon" (1952), starring Gary Cooper, Grace Kelly and Lloyd Bridges.  Following this role, Wilke began garnering roles in more prominent movies and television shows.  He had a recurring role as Capt. Mendoza in the Disney adventure series "Zorro" (1957–1959). 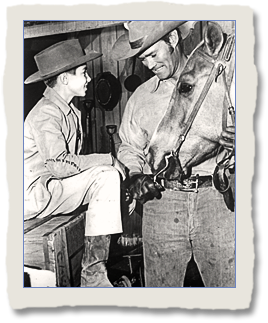 Lucas and Mark find themselves exposed to anthrax after they adopt a stray horse whose owner has been killed in a gunfight.  The killer comes gunning for Lucas under the mistaken impression that the man he killed had imparted some vital information to Lucas.  He is bitten by the stray horse and despite the odds of an awful death from anthrax, he does not forget his murderous intent.  Mark is also frightened, because he too has been bitten and is infected by the deadly disease.