Norman Alden is an American character actor.  He has appeared in more than 200 television shows and movies in a career spanning 50 years.  Following his service in World War II, Alden attended Texas Christian University (TCU), where he began developing his skills as an actor.  He made several appearances in the comedy series "Hennesey" (1959–1962), which starred Jackie Cooper, Abby Dalton and Henry Kulky.  In addition to being a guest star, Alden also had a recurring role in the comedic western "Rango" (1967), playing the part of Captain Horton.  Alden made one appearance in THE RIFLEMAN, portraying Duff in "The Anvil Chorus" (episode 154).  Alden guest-starred in other westerns, including "The Adventures of Rin Tin Tin" (1954–1959), and he had a recurring role in "The Life and Legend of Wyatt Earp" (1955–1961), in which he portrayed Johnny Ringo. 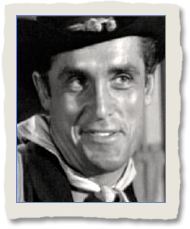 William "Bill" Meigs was an American television and film actor.  He appeared in 19 movies and television shows during a 30-year career.  Among a handful of film roles, he had uncredited parts in the classic western "Gunfight at the O.K. Corral" (1957), starring Burt Lancaster and Kirk Douglas, and the sci-fi horror "The Navy Vs. the Night Monsters" (1966), starring Mamie Van Doren.  He played Capt. Rand Treadway in "The Glory Guys" (1965), a feature produced by Levy-Gardner-Laven Productions, directed by Arnold Laven and Sam Peckinpah (uncredited), and starring Harve Presnell and a young James Caan.  He guest-starred in a few popular television shows, including the crime drama "Barnaby Jones" (1973–1980).  Meigs made three appearances in THE RIFLEMAN, portraying Colonel Cushman in "The Sheridan Story" (episode 16), Deputy Phil Rogers in "The Second Witness" (episode 23) and Sam Benson in "The Anvil Chorus" (episode 154).  He also guest-starred in the westerns "Cheyenne" (1955–1963), starring Clint Walker, and "Have Gun – Will Travel" (1957–1963), starring Richard Boone.

Olan Soule as the Hardware Clerk

Olan Soule, born Olan Evart Soule, was an American stage, radio, film and television actor.  He appeared in more than 230 movies and television shows during a career spanning more than 40 years.  He got his start performing on stage in Chicago, eventually making his way into radio, where he spent 11 years on the daytime drama "Bachelor's Children."  He was noted for his ability to provide voices that belied his modest outward appearance. 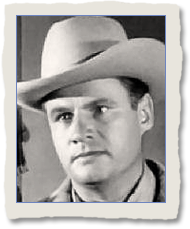 Nils, the blacksmith, volunteers as acting deputy when Micah is called out of town.  His newfound authority soon goes to Nils' head and he begins giving orders and invoking new rules that have the townspeople alternately amused and exasperated.  Things come to a head when some outlaws arrive in town, and Lucas and Mark have to help Nils out of a dangerous situation.