William Bishop was an American stage, film and television actor who performed in more than 50 different plays, movies and television shows.  Raised in New York and New Jersey, his uncle arranged for him to have a summer job working at the theater of Suffern County, New York, where he worked with fellow actors Broderick Crawford, George Tobias, Jose Ferrer and Kent Smith.  Following that experience, he decided to leave college and continue acting.  Bishop toured with "Tobacco Road" and worked briefly at the Mercury Theatre in New York before venturing to Hollywood, where he was signed to a contract with MGM and later Columbia Pictures.  Most of his early work went uncredited.  Bishop made one appearance in THE RIFLEMAN, playing Dave Stafford in "Outlaw's Inheritance" (episode 38).  He also appeared in lesser known Western films. 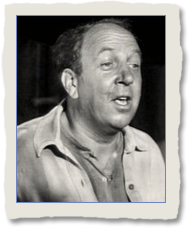 Fred Graham as Hank (the drunk)

Fred Graham, born Charles Frederick Graham, was an American stuntman and actor.  Between his stunt work and acting credits, he appeared in more than 400 movies and television shows during a career spanning 40 years.  When he had speaking parts, he usually appeared as a bearded villain.  As a stuntman, he was known for his baseball expertise.  Following his retirement from acting, Graham served as the director of the Arizona Motion Pictures Development Office.

As an actor, Graham had minor parts in several films, including the noir films "The Woman in the Window" (1944), starring Edward G. Robinson and Joan Bennett, and "The Asphalt Jungle" (1950), starring Sterling Hayden and Louis Calhern.  He also appeared in another Hitchcock thriller "Vertigo" (1958), this time pairing James Stewart with Kim Novak.  He also guest-starred in a few popular television shows, including the suspense anthology series "Alfred Hitchcock Presents" (1955–1962), the Disney anthology series "Walt Disney's Wonderful World of Color" (1954–1990) and the courtroom drama "Perry Mason" (1957–1966).

Bartlett "Bart" Robinson was an American radio, stage, film and television actor.  He appeared in nearly 130 movies and television shows during a 20-year career.  As a young actor, Robinson divided his time between performing on stage in New York and working in radio and film in Los Angeles.  He was a regular on the last major network radio show "Yours Truly Johnny Dollar," which ended in 1962.  Among his career highlights, Robinson was the voice of Perry Mason (1943) during radio's Golden Age; he portrayed Benjamin Frank Mahoney in the biographical drama "The Spirit of St. Louis" (1957), starring James Stewart and Murray Hamilton; and he appeared in "To Serve Man" (1962), one of the most popular episodes in the iconic Rod Serling anthology "The Twilight Zone." 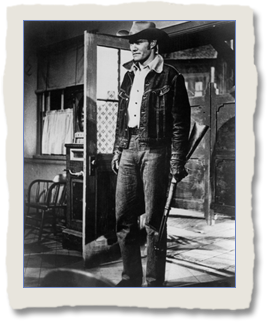 The railroad is debating whether to build a new line into North Fork or into Center City.  The townsfolk of North Fork want the rail line and elect Lucas to go to Yuma and speak with the railroad company on the town's behalf.  In the meantime, Dave Stafford, a con-man who's been hired by the wealthy Mr. Britton to ensure that the railroad line goes to Center City, tries to find a way to be named as the town's representative instead of Lucas.  When Lucas learns he is heir to the will of a notorious outlaw killed recently, the town begins to doubt Lucas' worthiness to act as their representative.