George Brenlin as the Kid 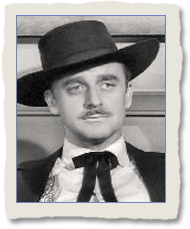 James Parnell as the Drunk

Hugh Sanders was an American actor who worked primarily in television.  He appeared in more than 200 movies and television shows during a career of two decades.  He portrayed Charlie Thomas in the drama "The Wild One" (1953), starring Marlon Brando.  He had minor parts in a few other memorable films, including the musical drama "Jailhouse Rock" (1957), starring Elvis Presley, and the film adaptation of "To Kill a Mockingbird" (1962), starring Gregory Peck. 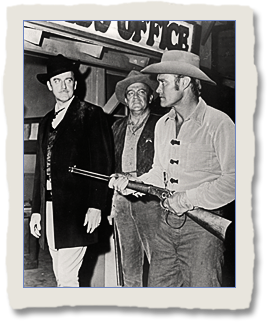 A famous gunslinger appears in North Fork.  Knowing that his reputation will attract other outlaws, Micah tries to persuade him to leave town, but the man refuses.  He came to North Fork knowing that he is dying of tuberculosis, and hopes to die in peace.  Micah and Lucas take him into protective custody when three gunslingers arrive in town.  Angered because they cannot have their hoped-for gunfight, they set fire to the town, which the dying man then saves by putting it out.