Lynn Cartier guest-starred in two episodes of THE RIFLEMAN, portraying Mrs. Porter in "Panic" (episode 47) and Alice Bedford in "The Hero" (episode 59). 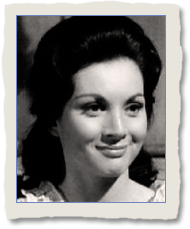 William "Bill" Joyce was an American stage, film and television actor.  He appeared in more than 40 movies and television shows during a career spanning 45 years.  Following his service in the United States Army, Joyce began performing on Broadway, appearing in various productions, including "Damn Yankees" and "Bye Bye Birdie."  He had several film roles, including the leading role of Tom Harris in the horror B-movie "I Eat Your Skin" (1964) and Senator Charles in the thriller "Parallax View" (1974), starring Warren Beatty; as well as a minor part in the biographical drama "The Wings of Eagles" (1957), starring John Wayne.  He also guest-starred in the soap opera "Days of Our Lives" (1965– ).  He made one appearance in THE RIFLEMAN, portraying Clay Barker in "Panic" (episode 47).  He also guest-starred in the westerns "Bat Masterson" (1958–1961), starring Gene Barry; "Rawhide" (1959–1966), starring Clint Eastwood; "Have Gun – Will Travel" (1957–1963), starring Richard Boone. 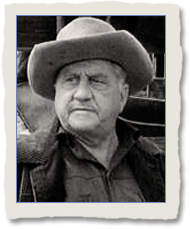 Lucas offers shelter to a young traveler and his wife who have fallen ill on the road.  When the town suspects that the young couple has Yellow Fever, a mob gathers and threatens to burn Lucas' house, unless he turns out his patients.