James Westerfield was a prolific American character actor of stage, film and television, as well as a director and producer.  His first love was the stage, and he produced and directed several plays on the summer theater circuit.  He appeared in more than 150 movies and television shows during his 35-year career.  Typecast as a heavy, Westerfield received two New York Drama Critics awards.  Although many of his film roles were uncredited, he appeared in many iconic films, often playing memorable characters, including the traffic cop in the Orson Welles adaptation of Booth Tarkington's "The Magnificent Ambersons" (1942), starring Joseph Cotton, Dolores Costello and Anne Baxter and the biographical drama "The Pride of the Yankees" (1942), starring Gary Cooper; Henry Gilson in the noir film "Undercurrent" (1946), starring Katharine Hepburn, Robert Taylor and Robert Mitchum; Officer Hanson in the Disney comedy "The Shaggy Dog" (1959), starring Fred MacMurray, a role that he reprised in the Disney films "The Absent-Minded Professor" (1961) and "Son of Flubber" (1963), both starring Fred MacMurray; Jess Younger in the biographical drama "Birdman of Alcatraz" (1962), starring Burt Lancaster; a prisoner in the action film "Hang 'Em High" (1968), starring Clint Eastwood; and Judge Parker in the western "True Grit" (1969), starring John Wayne and Kim Darby.  Westerfield is best-remembered for his portrayal of Big Mac in Elia Kazan's award-winning crime drama "On the Waterfront" (1954), starring Marlon Brando, Karl Malden, Rod Steiger and Eva Marie Saint. 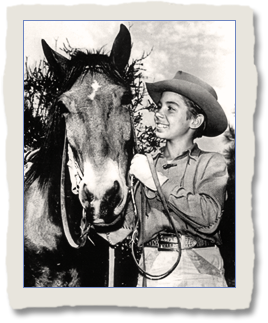 Gabe, a neighbor of the McCains, has bet his whole year's farm crop on the outcome of the big North Fork horse race.  Gabe has trained and groomed his own horse and is confident he will win.  Lucas and Mark become involved when Mark decides to enter his horse in the race, too, and they learn that Gabe's landlord will stop at nothing to keep Gabe from winning the race and the big bet that goes with it.