Donald Elson as Man at the Livery Stable

Donald Elson is an American film and television actor.  He has appeared in nearly 50 movies and television shows in a career spanning more than 50 years.  He has guest-starred in various popular shows, including the gothic horror series "Thriller" (1960–1962), starring Boris Karloff, the campy take on the comic book hero "Batman" (1966–1968), starring Adam West, the crime drama "Ironside" (1967–1975), starring Raymond Burr as a wheelchair-bound detective, the classic family drama "Little House on the Prairie" (1974–1983), starring Melissa Gilbert and Michael Landon, who also directed, and the tongue-in-cheek whodunit "Murder, She Wrote" (1984–1996), starring Angela Lansbury.  Elson made two appearances in THE RIFLEMAN, portraying the printer in "The Coward" (episode 53), and Aaron the liveryman in "Outlaw's Shows" (episode 141).  He also guest-starred in the westerns "Bonanza" (1959–1973), starring Lorne Greene, Dan Blocker, Pernell Roberts and Michael Landon, and also "Gunsmoke" (1955–1975), starring James Arness. 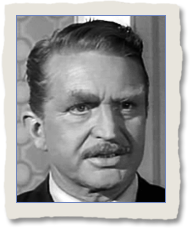 Karl Swenson was an American actor of theater, radio, film and television whose career spanned more than 35 years.  He met his second wife, stage and radio actress Joan Tompkins, while working in radio, and they performed together in various media, including film and television, throughout their careers.  Swenson's long career began on the stage and in radio, appearing in numerous serials, including "Inner Sanctum Mysteries" (1941–1952), and the title roles in "Lorenzo Jones" (1937–1949) and the detective serials, "The Adventures of Father Brown" (1945) and "Mr. Chameleon" (1948–1953).

Swenson appeared in two episodes of THE RIFLEMAN, playing the recurring character of Nils Svenson (variously Swenson, Swensen), the Blacksmith in "The Vision" (episode 66) and Chris Manse in "The Jailbird" (episode 73).  Swenson is probably best remembered for his role playing lumber mill owner Lars Hanson in "Little House on the Prairie" (1974–1978).  He had met actor/writer/producer/director Michael Landon on the set of "Bonanza" (1959), and remembering him when casting his successful "Little House" franchise, Landon gave Swenson a recurring role, which the veteran actor played until his death in 1978.

Charles Tannen as Josh Moore, Storekeeper at the Hardware Store 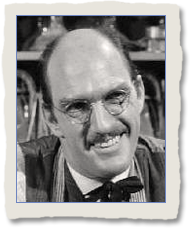 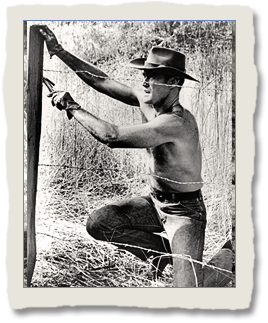 Bessie, the sweet, well-liked proprietor of the North Fork Cafe, welcomes her husband home after his three-year absence away in prison.  He is determined to start a new law-abiding life, and Lucas gives him a job on the McCain ranch.  Lucas soon finds himself changed from employer to defender, however, when the man is accused of robbery and murder.