Dayton Lummis was a prolific American character actor of stage, film and television.  He appeared in nearly 140 movies and television shows during a career spanning 30 years.  He studied theater arts at the Martha Oatman School in Los Angeles and made his Broadway debut in 1943.  He is best-remembered for his portrayals of authority figures in anthology series and westerns.  He had several memorable film roles, including Messala in the historical drama "Julius Ceasar" (1953), starring Louis Calhern, Marlon Brando and James Mason; General Douglas MacArthur in the biographical war drama "The Court-Martial of Billy Mitchell" (1955), starring Gary Cooper and Rod Steiger; Judge Groat in the Alfred Hitchcock noir film "The Wrong Man" (1956), starring Henry Fonda and Vera Miles; and Eddington in the film adaptation of Sinclair Lewis' satirical novel "Elmer Gantry" (1960), starring Burt Lancaster and Jean Simmons, as well as minor parts in notable films, including the biographical crime drama "Compulsion" (1959), starring Orson Welles and Dean Stockwell; and the Stanley Kubrick historical action adventure "Spartacus" (1960), starring Kirk Douglas.

Ed Nelson, born Edwin Stafford Nelson, was an American stage, film and television actor.  He appeared in 185 movies and television shows during a career spanning 50 years.  He interrupted his undergraduate career at Tulane University, New Orleans, to spend two years studying at the New York School of Radio and Television Technique; however, at age 71 he returned to Tulane to complete his coursework and earn a degree.  While living and working in Los Angeles, Nelson was active in the Screen Actors Guild and was a board member for many years.  He remained a long-standing member of the Academy of Motion Picture Arts and Sciences 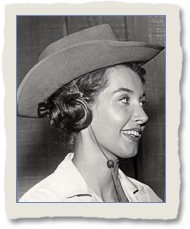 Midge Ware, born Midge Ware Bendelson, is an American film and television actress.  She has appeared in 30 movies and television shows during her 30-year career.  She had a few film roles, including Sari in the adventure film "The Prince Who Was a Thief" (1951), starring Tony Curtis and Piper Laurie; Doris Johnson in the crime film "Five Minutes to Live" (1961), starring country music legend Johnny Cash; and Mrs. Slade in the drama "The Cincinnati Kid" (1965), starring Steve McQueen.  She guest-starred in some popular television shows in a variety of genres between 1960s and 80s, including the medical drama "Ben Casey" (1961–1966), the family comedy "The Beverly Hillbillies" (1962–1971) and the forensic medical drama "Quincy M.E." (1976–1983).  She also had recurring roles in two shows, playing WAC Corporal in the comedy "The Phil Silvers Show" (1955–1959) and Amby McAllister in the western "Gunslinger" (1961), co-starring Tony Young and Preston Foster.  Ware made one appearance in THE RIFLEMAN, portraying Hanna Shaw in "The Illustrator" (episode 88).  She also guest-starred in the western "The Virginian" (1962–1971), starring James Drury. 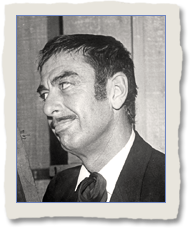 Richard Whorf was an American actor, director, writer and artist.  He appeared in 16 movies and television shows in a career spanning 25 years.  He was primarily a director, completing more than 40 movies and television shows during his lifetime.  He directed various westerns, including "Have Gun — Will Travel" (1957–1963) and "Gunsmoke" (1955–1975).  Whorf made one appearance in THE RIFLEMAN, playing the role of Jeremiah Crowley in "The Illustrator" (episode 88). 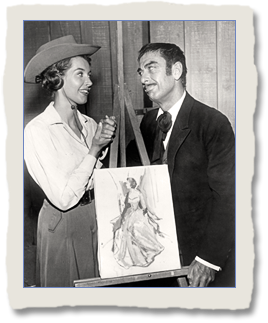 A visiting portrait painter, known to be a very heavy drinker, is accused of a robbery and murder while under the influence of too much whiskey.  Lucas believes in the man's innocence and concocts a clever scheme using the artist's sketching ability to bring into the open the real killer.