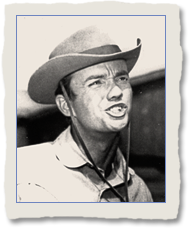 Ben Cooper is an American television and film actor who has appeared in 80 movies and television shows during a 45-year career.  He has been a versatile actor, guest-starring in a variety of genres, including Rod Serling's sci-fi thriller "Twilight Zone" (1959–1964); the war drama "Combat!" (1962–1967), starring Vic Morrow; the iconic crime drama "Perry Mason" (1957–1966); starring Raymond Burr, and the Claude Akins comedy series "The Misadventures of Sheriff Lobo" (1979–1981), in which he had a recurring role as Waverly.

Cooper has appeared in several films, playing Turkey Ralston in the Joan Crawford western "Johnny Guitar" (1954), and Seaman Jack Hunter in the romantic drama "The Rose Tattoo" (1955), starring Burt Lancaster.  He played the leading character, Harold Norton, in the crime thriller "A Strange Adventure" (1956) and Bill "Kid" Carter in the western "Gun Fight at Comanche Creek" (1963). 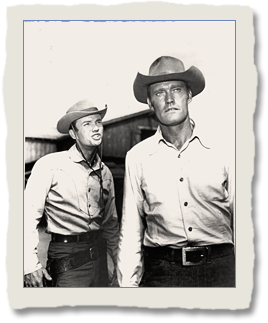 Lucas thinks he has seen a ghost when a young man challenges him to a gunfight.  The shock elicits a memory in Lucas' mind about a tragic episode of the Civil War when he was a Northern soldier, and he had to face and kill a confederate who looked exactly like the young gunman.  When Lucas learns that the gunman is, in fact, the son of the Confederate soldier, he goes to see the boy's mother and finds himself thrust into a life and death situation.