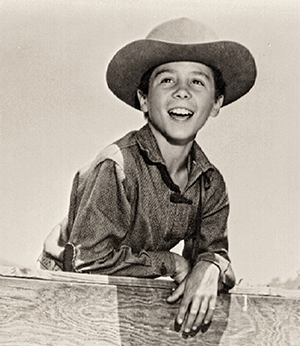 Johnny Crawford comes from a family of professional entertainers, and thanks to the inspiration of his parents and grandparents, he has been entertaining audiences throughout the world over the past six decades as an actor and musician.

Johnny Crawford's entertainment career began in 1955, when he was cast as one of Walt Disney's original Mousketeers.

Following his performance in the NBC Lux Video Theatre production of "Little Boy Lost," a live broadcast on March 15, 1956, he worked steadily as an actor.  Within two years he had accumulated more than 50 television credits.

By the spring of 1958, Johnny was longing to do a series, so he could be part of a family at work and have the same school teacher every day.  So, he was thrilled when his third pilot, which was made as an episode of Dick Powell's Zane Grey Theater, was picked up by ABC.  He was particularly happy, because it was a "western."

That "western" turned out to be THE RIFLEMAN (1958-1963), for which Johnny received an Emmy Award nomination for his portrayal as Chuck Connors' sensitive young son, Mark McCain.  During his five years on the series, he enjoyed wide popularity with American teenagers and a recording career that generated five Top 40 hits.

After the series and high school, Johnny played a native American in the adventure film, "Indian Paint" (1965), a troubled teenager opposite Kim Darby in "The Restless Ones" (1965), and a hopeless wounded victim of John Wayne in "El Dorado" (1967).

Johnny's desire to enter rodeo competition interrupted his acting career.  When he was 19, he starred in a production of the Lerner & Lowe musical "Brigadoon" in Cleveland, Ohio, then stopped off on the way home to compete in steer wrestling at Cheyenne.

While enlisted in the United States Army for two years, he worked on training films as a production coordinator, assistant director, script supervisor and occasional actor.  When he got out of the service, one of his first jobs as a civilian was playing an Army corporal wanted for murder in "By Numbers," an episode of Jack Lord's "Hawaii Five-O" series (1968).

The "Resurrection of Broncho Billy" won the Academy Award in 1971 for Best Live Action Short Subject, with Johnny in the lead role.  "The Naked Ape" was a 1973 feature film in which he co-starred with Victoria Principal.

In the 1970's Johnny entered his last rodeo, restored a 1930 Chrysler and became obsessed with the music of the 1920's and 30's, learning the lyrics and chord changes.  He made occasional appearances in local clubs accompanying himself on guitar.

In the 1980's he enjoyed time spent appearing in nine plays and listening to his ever growing collection of early dance band recordings.  Two years were spent in New York as male vocalist for Vince Giordano's Nighthawks vintage dance orchestra.

Since 1990 Crawford has led the California-based Johnny Crawford Orchestra, which specializes in vintage dance music for film, education and special events.  The orchestra's first album, "Sweepin' the Clouds Away, " is currently available online and in all major retail outlets.

Johnny reconnected with his school sweetheart, Charlotte Samco, in 1990, and they wed in 1995.  He currently resides in Los Angeles. 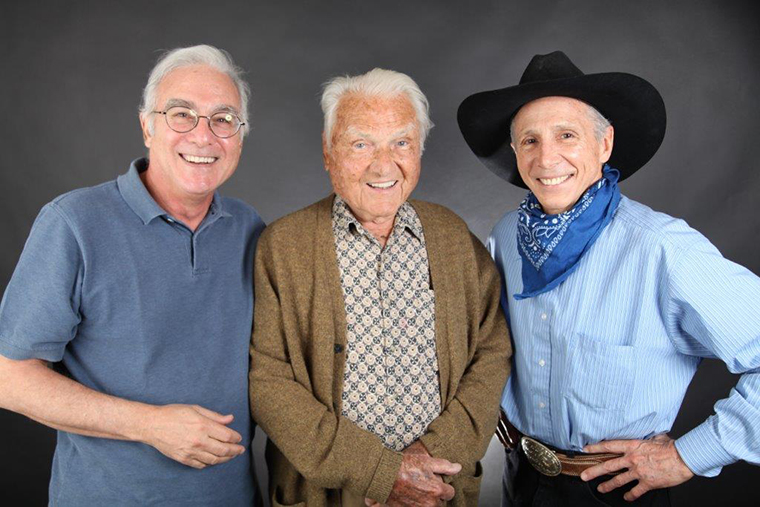 For more than 60 years, young Mark McCain and the actor who portrayed him has been part of our family and the families of millions of fans of The Rifleman. Johnny Crawford passed away on Thursday evening, at the age of 75, marking what truly is the end of an era. To us he will ever be that winsome boy, Mark McCain, and later, musician and orchestra leader. Our hearts go out to his wife Charlotte and brother Robert.

As Johnny fought the debilitating ravages of Alzheimer’s disease over the past several years, his fans rallied to his support. Together with his family, we are grateful for the generous outpouring of aid and comfort. Now, together with family, friends and Johnny's many fans, we mourn a loss we all share. We take comfort in the memories of Johnny that we will forever hold close in our hearts. We hope that you, his friends and fans, find solace in them as well.